Obviously there are spoilers

This recap written “live” while watching.

In my office dead pool I’d chosen logic, intelligence, subtlety, and the vestiges of respect for the material. Although, really, they’re all already dead.

Watching a little late tonight, as was watching WWE’s ‘Money in the Bank’ event beforehand. Certainly I expect that event to have had more subtlety and intelligent twists to a plot than from Weiss and Benioff…

I’m guessing “The Last Watch” documentary isn’t going to say much about how shitty the last couple of seasons have been. And, seriously, everything HBO previews before Game of Thrones looks better than Game of Thrones, except maybe the ridiculousness that is Westworld (also, ‘Succession’ is genuinely fucking amazing. If you haven’t watched the first season, do so now).

“Previously on…” a reminder of the ridiculousness of last week’s dire episode. Cersei screwed over by showrunners, Dany going nutjob genocide for no reason at all, some people dying, others looking regretful. That’s it.

On with the idiocy!

They didn’t have a “pile of ash” version of the opening credits King’s Landing?

Oh, jeez, Weiss and Benioff didn’t just write it, they decided they needed to direct it for the last episode, too… The only thing D&D about them is that they’re chaotic stupid.

Oh, look, there’s that symbolic horse that that girl-who-is-now-ash was carrying before Arya found her own magic white horse last week.

Tyrion heads for a badly CGI’ed background ruin of the Red Keep.

I sentence you to die!

Grey Worm is about the only person who has some reason for going nuts, really. I’d say the tension with Jon was due to excess testosterone, but…

All those prisoners are “speak with the Queen…but…wait…erk…”

Almost like winter was coming!!! Oh, how tricksy of those writers, eh?

Good job on the whole supporting of the potential tyrant, in the face of all evidence, Tyrion…it’s good that he looks a little sheepish now.

I will giggle if he bumps into a Cersei and Jaime “hand reaching out of the rocks” thing as he explores the tunnels.

That skull doesn’t look like it came from a dragon.

Lolz…giggle giggle. I mean, in a dead way, but still.

And so, we weep over the final resting place of any respect for Brienne’s story arc.

Peter Dinklage does a redux of that giant dwarf from Avengers: Infinity War.

Has Arya lost her horse already?

Weren’t there about six Dothraki left after the battle with the Night King (…remember him? Nobody else does, apparently).

In another piece of super subtle symbology, we’re reminded that the tyrant rules through the power of dragons, as the dragon behind her makes her look like she’s got dragon wings. Oh, Weiss and Benioff, you masters of the craft.

Who does her hair since Missandei got her head chopped off? It was kinda all over the place last week, in a delicate visual representation of her insanity, but now it’s perfect again.

Also, who was the commander of all her forces before this? I mean, congrats to Grey Worm, but still. That was kinda a Prince Baron at the end of Flash Gordon announcement.

Breaking the wheel, and, by wheel, we mean people.

Has Tyrion learned enough Valyrian at this point?

Awwww…she’s happy that she’s loved by all the people who aren’t from Westeros. It’s sweet.

She genuinely looks nonplussed at being called out. It’s a little weird.

What exactly is the plan at this point? Persuade her dragon to turn on her (if it’s that, that’ll be extra special stupid, by the way).

“Try telling Sansa.” And anyone with any sense.

Honestly, if Dany has any sense, she should just kill Jon, now. And within the context of her character arc of the last three or four minutes, she probably should.

Conversations in the “cells”

It’s a bit of an overdone trope, these deep conversations in the cells.

Also…don’t they ever have actual cells, rather than ad hoc chaining people up in random rooms? The only time I can remember is when Cersei killed that sand snake that time.

Jon is painfully stupid. A perfect potential alternative to Dany, right? To be fair, he wouldn’t have burned the city down, but I think that’s mainly because he wouldn’t have had the imagination.

Tyrion, for real, does the “first they came for the…and I did not speak up…”

Why do they all admit to loving her, incidentally? I mean, why do they love her?

Good point, though, technically the Night Watch should really step up…

Fuck off with the “rightful heir” crap, though. I’ve gone over this before. Also, fuck off Jon with the continual “she is the queen”. You’re an idiot. If you get to be king by the end of this, I’ll be annoyed.

The snow/ash thing is fucking ridiculous at this point

But why would Weiss and Benioff choose something less obvious when they can bludgeon you over the head with some symbology instead?

IT’S AN IRON THRONE! And she walks through the snowash to take her “rightful” place. Don’t slip on all that ice, am I right?!

The main good thing I can say is that Emilia Clarke did a nice channelling of Lena Headey with her expression as she looked at the throne.

Now now…don’t raise your voice to the queen, Jon. It’s time for the quiet justification for psychotic murder. And Jon’s stupidly heartfelt attempt to try and convince Dany to be nice.

Continuing the Avengers’ theme, Dany makes Thanos’ argument for annihilating the entire universe so that nobody remembers anything and can enjoy the brave new world to come.

Woah. I actually didn’t entirely see that coming. Wonder if Jon can get away with claiming she fell on the throne awkwardly?

Please “Dracarys” Jon now, Drogon. It’ll be better for everyone. I really really want that. Or eat him, or really anything that kills him.

OH, THE SYMBOLOGY! With dramatic music in the background, even. Because dragons know what the fuck thrones are when they’ve never seen a throne before.

And now there’s just…a dragon around?

Or, what, Drogon just flies off with Dany to whereverness? I mean, I know they didn’t have a solution to “how to get rid of Dany when there’s a huge dragon around”, but that’s a particularly impressive cop out.

Marching somewhere to someone…

I suppose they could do a whole Arthurian myth thing, about how “the once and future queen” will come back one day…

HOW THE FUCK DID BRAN GET HERE?

Oh, this is going to be insanely idiotic, isn’t it? Everyone can teleport immediately to get into place for some discussion of some thrown together ad hoc council of the characters we remember are still alive.

And, for real, Tyrion? Your solution is “choose a king or queen”? Whatshisface is a Tully, right? Because this was absolutely the time for the writers to bring some levity to matters…

Oh, Sam is going to make the argument for one person, one vote, isn’t he? Yep…he is. Everyone laughed, but still…

So they’ll leave it up to Tyrion? For no apparent reason.

BRAN? ARE YOU FUCKING INSANE? He’s the most boring character on the planet. The only thing he can do is get dragged places and stare at people.

Oh, so it is kind of democratic. It’s the Doge of Venice.

I’m not sure why anyone gets a vote, Ser Davos. The whole thing is bizarre.

Grey Worm, you can’t be pissed now, you literally just asked Tyrion who should be in charge.

And, blah blah blah, Night’s Watch for Jon. But, I suppose, he would be terrible at anything else.

Bad painting of the red keep in the background again.

Unsullied can actually go and do some good somewhere.

The North definitely didn’t lose a king, they gained a queen.

Arya is the reboot for Kung-fu.

Brienne’s summary in the Kingsguard book is; “died in the attack on the Red Keep by Dany, some days after the death of his character development”. Also, it’s ink, she just smudged the shit out of it by slamming the book shut.

OH FUCK OFF, “A SONG OF ICE AND FIRE”, REALLY? Is there going to be a big joke about how it’s unfinished?

Is Bran going to get bored with being called “the Broken” every single time he hears his name? Probably not, he’s so immensely boring himself that he probably doesn’t get bored.

And now, on to business! But in a fun way, all the jokesters in the council, you know?

And we finish back at that fucking wall

And, heeeeey, it’s Tormund. Do they have Lord Commanders any more? Who knows? Nobody cares.

Are we still not done yet?

And something about Arya on a ship.

And people kneeling and shit. We finish with two competent women, one stupid man, and a dodgy CGI direwolf petting. Oh, look how they fooled us a couple of episodes ago with that non-petting of Ghost.

Sansa’s style this season is fire, by the way.

In an ideal world…

Jon randomly gets killed by a last remaining zombie that jumps out from behind a rock.

But no, just a shoot of grass for some last minute SUBTLE SYMBOLOGY!

Jon’s a wildling now, I guess. Or something?

Watch something good, instead.

A final summary of how things ended… 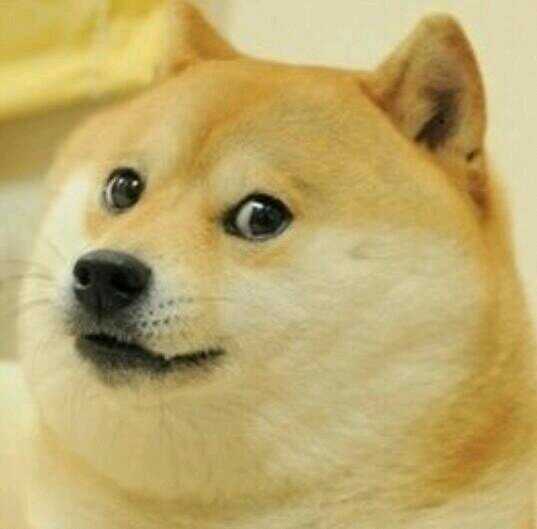 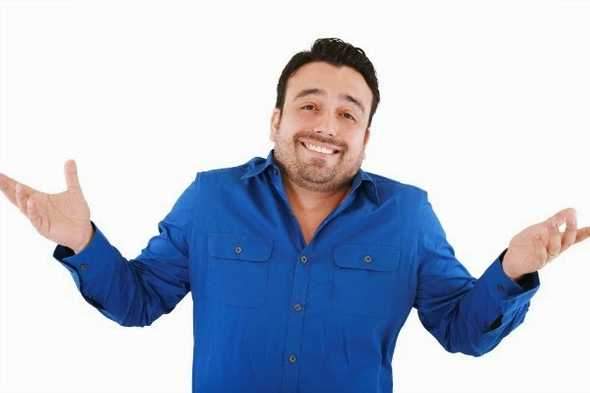 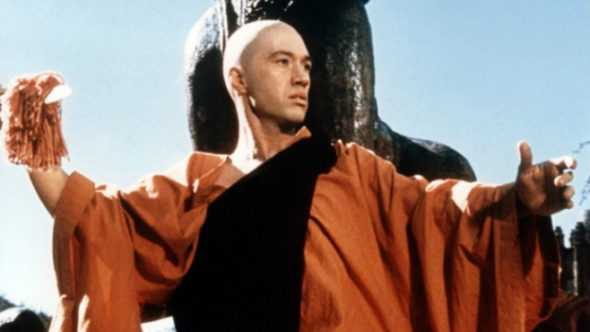 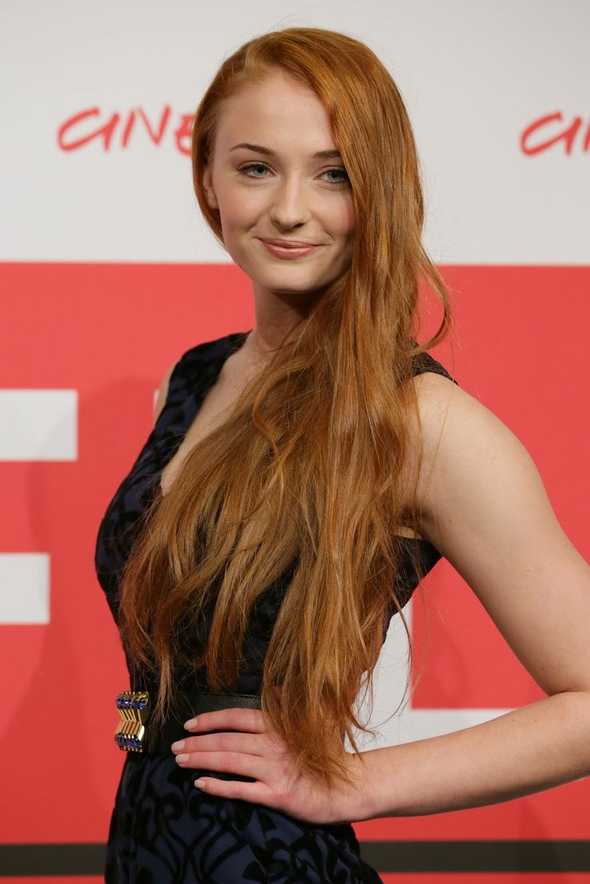